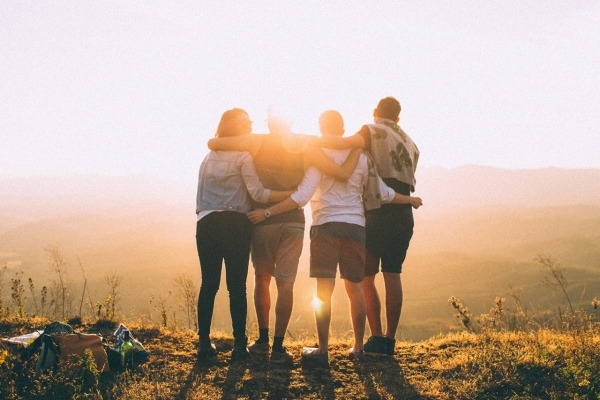 We know now that training our youth in empathy will have a dramatic effect on their future behavior.  There have been studies in the United States dating back to the 1970’s showing the power or empathy in creating the process of growth and change in others.

In a recent publication by Dr. David Burns empathy is defined as the ability to put yourself in another’s shoes and understand what that person might be thinking and feeling.  Studies have shown that empathy is an opponent of aggression and a tool for reducing bullying and violence while leading the promotion of prosaically behavior.  Some studies have shown that aggression has its beginnings as a result of the breakdown of empathy.  Several researchers have suggested that anyone working with youth teach empathy to students as a key strategy to reduce aggression and promote healthy social development.

In the 1970’s there were many studies done in the U.S. regarding the importance of empathy among lay people.  Studies by Truax and Carkuff showed that bartenders, teachers, counselors and hairstylists were able to facilitate emotional growth if they demonstrated accurate empathy.  The concept of accurate empathy has resurfaced today in the writings of Daniel Goleman’s book on Social Intelligence.  He calls it “primal empathy” and basically suggests that saying the precise feeling word back to the person will facilitate emotional growth in that person.

Daniel Goleman defined empathy as an important part of social intelligence training and founded an institute at the University of Illinois to study the effects ofr social intelligence training on academics and behavior.  This organization, CASEL, has provided hundreds of research studies on the profound effects of social intelligence training.  CASEL published a study in 2011 regarding programs that taught students to manage their emotions and to practice empathy, caring and cooperation. The student’s achievement improved significantly.  After an analysis of 208 programs, students in the experimental groups were better behaved, more positive and less anxious than their control group peers.  Another study from Loyola University examined empathy training and found similar results including an 11 percentile point difference in academic success compared to controls.

Another good source of research is Adelman-Taylor’s book, Mental Health in Schools, which reinforces the importance of teaching empathy and social intelligence in schools.

Empathy training has also been used for entire school districts.  A good example is the state ofr Connecticut that teaches RICE—all students receive training in Respect, Impulse Control, Compassion, Caring and Empathy.  This training is done in every classroom with great success for the district; it is ranked among the top academic performers in the United States.

The message from these studies is very clear—that educators take the time during the academic day to practice empathy, caring and cooperation to improve academic achievement and behavior to establish cultures of caring and respect.

See our other programs >